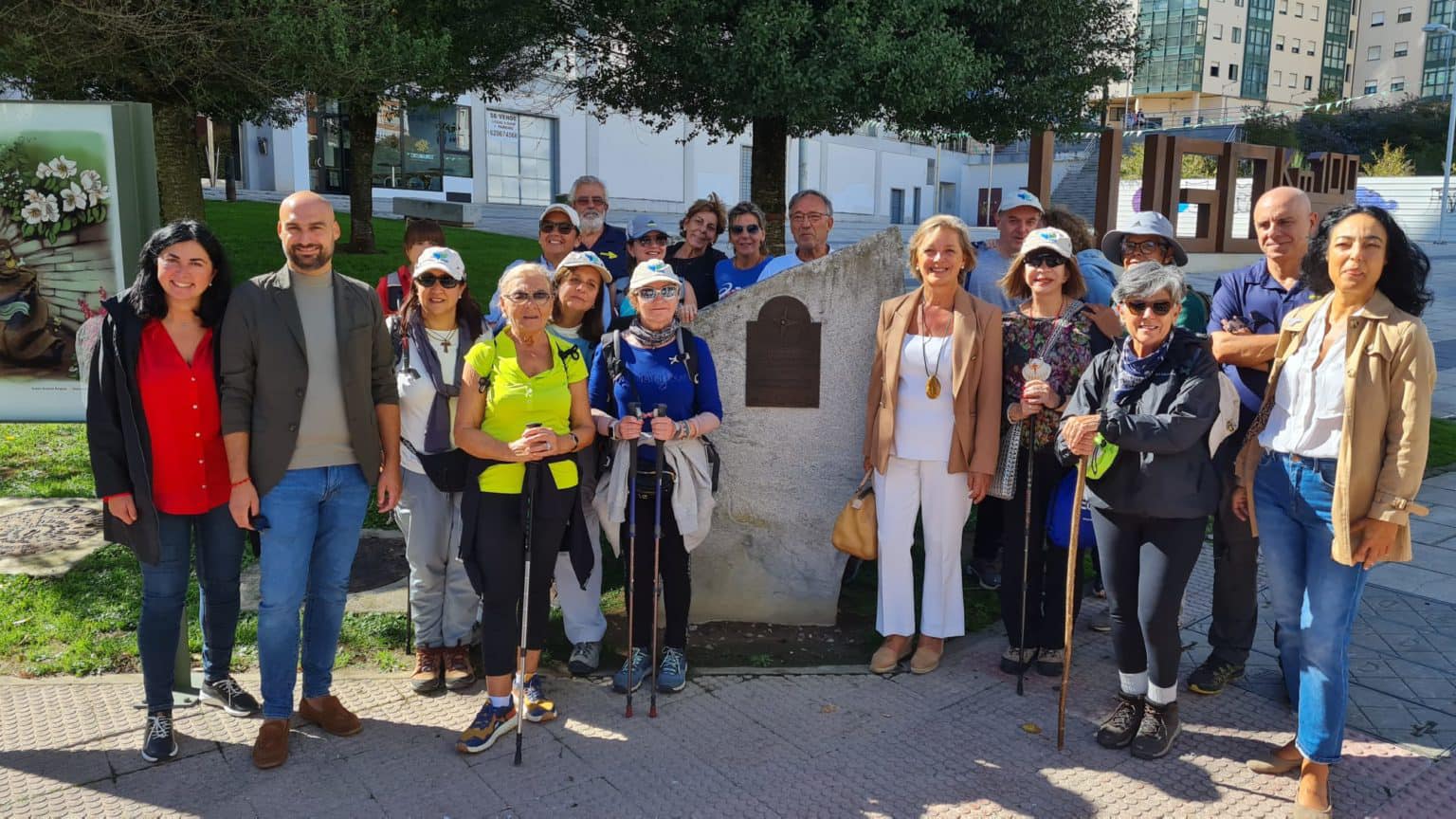 Javier Arias receives the pilgrims who make up the route of human rights at their stop in Lugo. The regional delegate spoke with the 25 people from various countries who are taking part in this march, which aims to disseminate the 30 articles of the Universal Declaration by placing plaques in as many places in Asturias and Galicia. 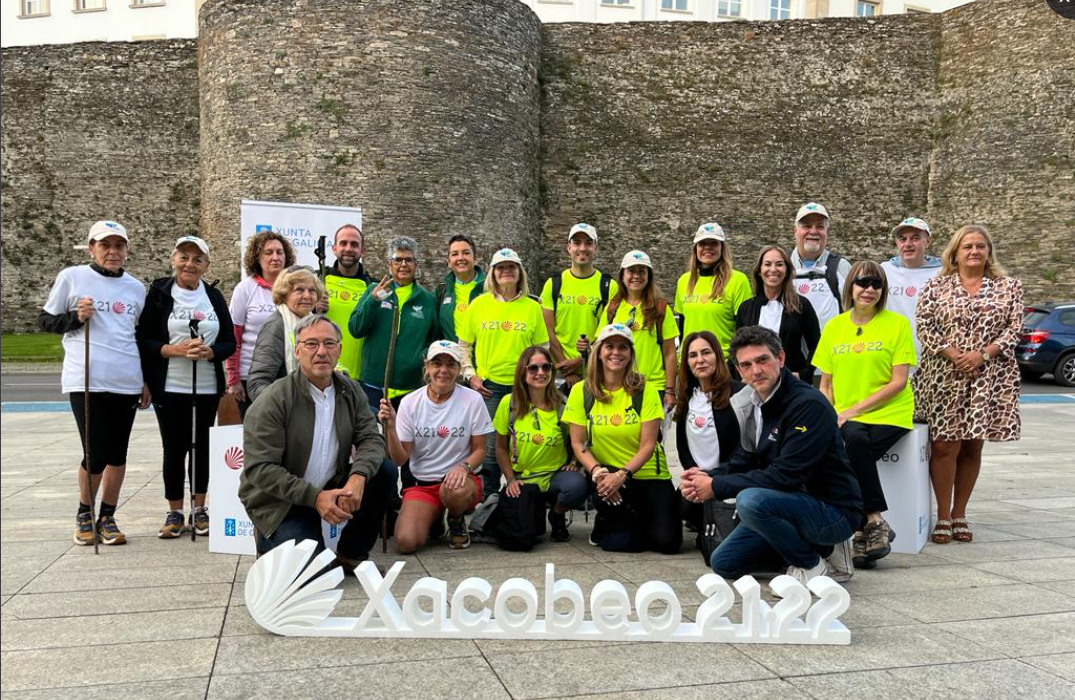 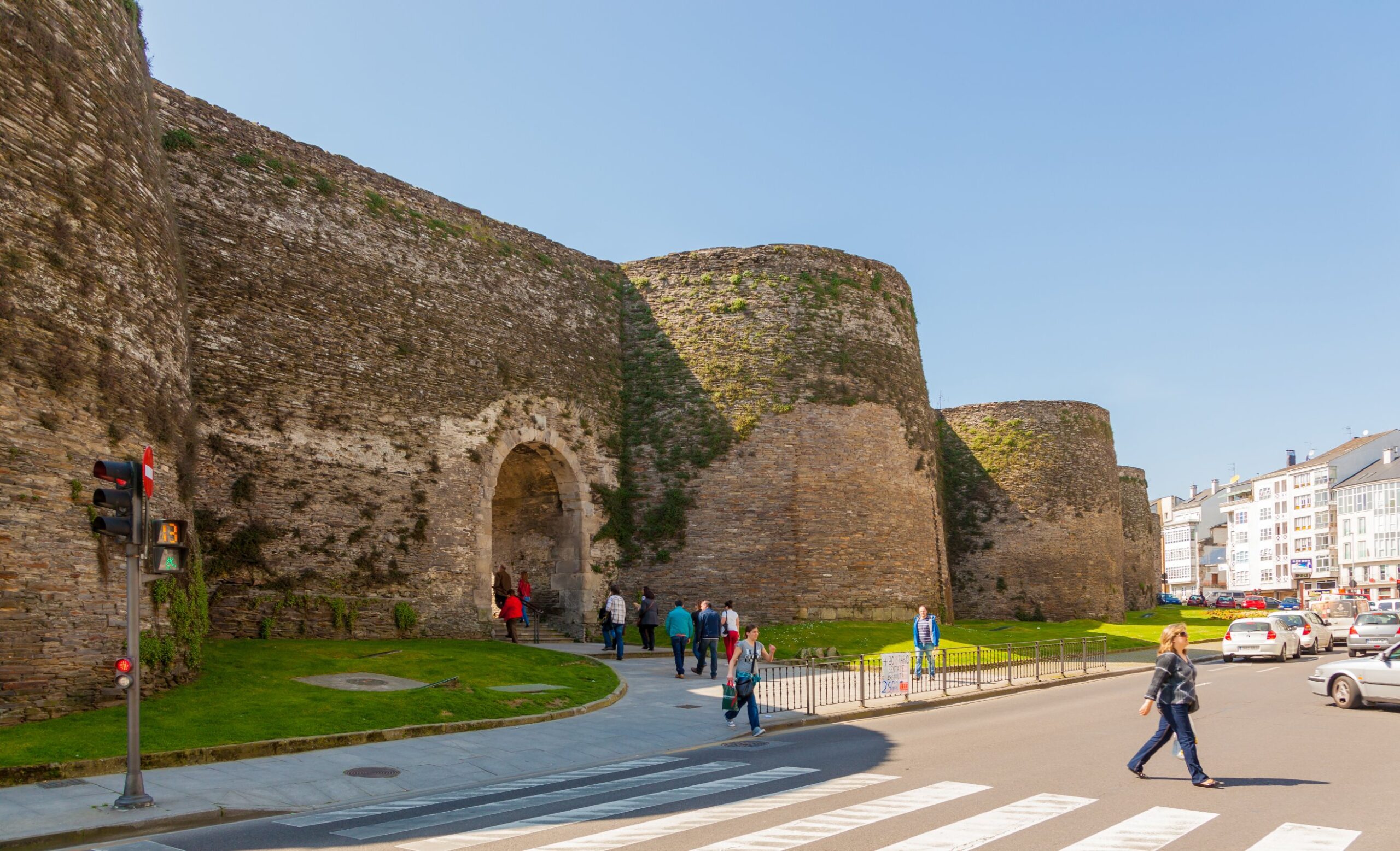 Lugo, 9 September 2022
The territorial delegate, Javier Arias, received today at the headquarters of the Xunta in Lugo the first hour of the morning to the 25 members of the so-called Route of Human Rights, a pilgrimage to Santiago de Compostela by the Primitive Way that 25 people from nine countries, with the aim of publicizing and disseminating the 30 articles of the Universal Declaration of Human Rights in various locations in Asturias and Galicia. The reception was also attended by the president of the Association of Friends of the Camino de Santiago, Ángel Trabada.

On the 1st, they left Oviedo to travel the stages of the primitive route until their arrival in Santiago de Compostela, next Tuesday 13, with the placement of commemorative bronze plaques dedicated to each of the 30 human rights that make up the Universal Declaration in as many places, counting for link with the sponsorship of associations, non-profit foundations, municipalities and other institutions, with the aim of giving more visibility to these universal rights.

The territorial delegate was interested in the journey of the members of this march, which is repeated every year since 2015, and noted the importance “to disseminate universal human rights, which also maintain so many similarities with the values that define the Camino de Santiago”.