Questions and answers about Human Rights 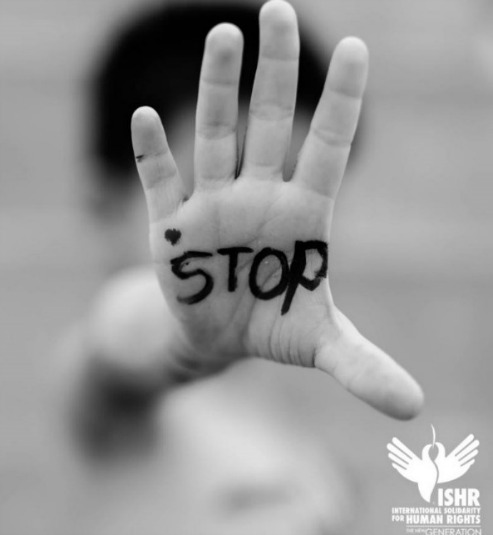 Question: What are human rights?
Human rights are moral entitlements that every individual in the world possesses simply in virtue of the fact that he or she is a human being. In claiming our human rights, we are making a moral claim, normally on our own government, that you cannot do that, because it is a violation of my moral sphere and my personal dignity. No-one – no individual, no government – can ever take away our human rights.

Question: Where do they come from?
They come from the fact that we are not only physical beings, but also moral and spiritual human beings. Human rights are needed to protect and preserve every individual’s humanity, to ensure that every individual can live a life of dignity and a life that is worthy of a human being.

Question: Even criminals and heads of state?
Absolutely everyone. Criminals and heads of state are humans too. The power of human rights lies in the very fact that they treat everyone as equal in terms of possessing human dignity. Some people may have violated the rights of others or may pose a threat to society and may therefore need to have their rights limited in some way in order to protect others, but only within certain limits. These limits are defined as being the minimum which is necessary for a life of human dignity.

Question: Why do we talk about human rights and not human responsibilities?
Although some thinkers and NGOs have put forward strong arguments for the need for human responsibilities and even codes or declaration to articulate these, the human rights community has generally been reticent about this debate. The reason is that many governments make the “granting” of human rights dependent on certain “duties” imposed by the state or ruler, in this way making the whole idea of rights as birthrights meaningless. However, it goes without saying that we need to act responsibly as individuals and groups to respect the rights of others, not to abuse human rights and to advance the rights of others as well as ourselves. In fact, article 29 of the UDHR recognizes that, “1. Everyone has duties to the community in which alone the free and full development of his personality is possible. 2. In the exercise of his rights and freedoms, everyone shall be subject only to such limitations as are determined by law solely for the purpose of securing due recognition and respect for the rights and freedoms of others and of meeting the just requirements of morality, public order and the general welfare in a democratic society.”

Question: Who looks after human rights?
We all need to. There is legislation both at national and at international levels which imposes restrictions on what governments are able to do to their citizens but, if no-one points out that their actions are violating international norms, governments can continue to violate them with impunity. As individuals, we need not only to respect the rights of others in our everyday lives but also to keep watch on our governments and on others. The protective systems are there for all of us if we use them.

Question: How can I defend my rights?
Try pointing out that they have been violated; claim your rights. Let the other person know that you know they are not entitled to treat you in this way.. Pinpoint the relevant articles in the UDHR, in the ECHR or the other international documents. If there is legislation in your own country, point to that as well. Tell others about it: tell the press, write to your parliamentary representative and head of state, inform any NGOs that are engaged in human rights activism. Ask their advice. Speak to a lawyer, if you have the opportunity. Make sure that your government knows what action you are taking. Make them realise that you are not going to give up. Show them the support you can draw on. In the final analysis, and if everything else has failed, you may want to resort to the courts.

Question: From whom can I claim my rights?
Nearly all the basic human rights that are listed in the international documents are claims against your government, or state officials. Human rights protect your interests against the state, so you need to claim them from the state or from their representatives. If you feel that your rights are being violated by, for example, your employer or your neighbor, you cannot resort directly to international human rights legislation unless there is also something the government of the country ought to have done to prevent employers or neighbors from behaving in this way.

Question: Does anyone have a duty to protect my rights?
Yes. A right is meaningless without a corresponding responsibility or duty on someone else’s part. Every individual has a moral duty not to violate your personal dignity but your government, in signing up to international agreements, has not just a moral duty but also a legal duty.

Question: Are human rights only a problem in non-democratic countries?
There is no country in the world that has a completely clean record on human rights, even today. There may be more frequent violations in some countries than others or they may affect a larger proportion of the population, but every single violation is a problem that ought not to have happened and that needs to be dealt with. An individual whose rights are violated in one of the established democracies is hardly likely to be comforted by the fact that, in general, their country has a “better” record on human rights than other countries in the world!

Question: Have we made any progress in reducing human rights violations?
Great progress – even if it sometimes seems a mere drop in the ocean. Consider the abolition of slavery, the vote for women, the countries that have abolished the death penalty, the freeing of prisoners of conscience as a result of international pressure, the collapse of the apartheid regime in South Africa, the cases that have been tried before the European Court and the laws that have had to be changed as a result. Consider the fact that the gradual change in international culture means that even the most authoritarian regimes now have to take human rights into consideration in order to be accepted on the international stage. There have been many positive results, particularly over the past 50 years, but a great deal more remains to be done.