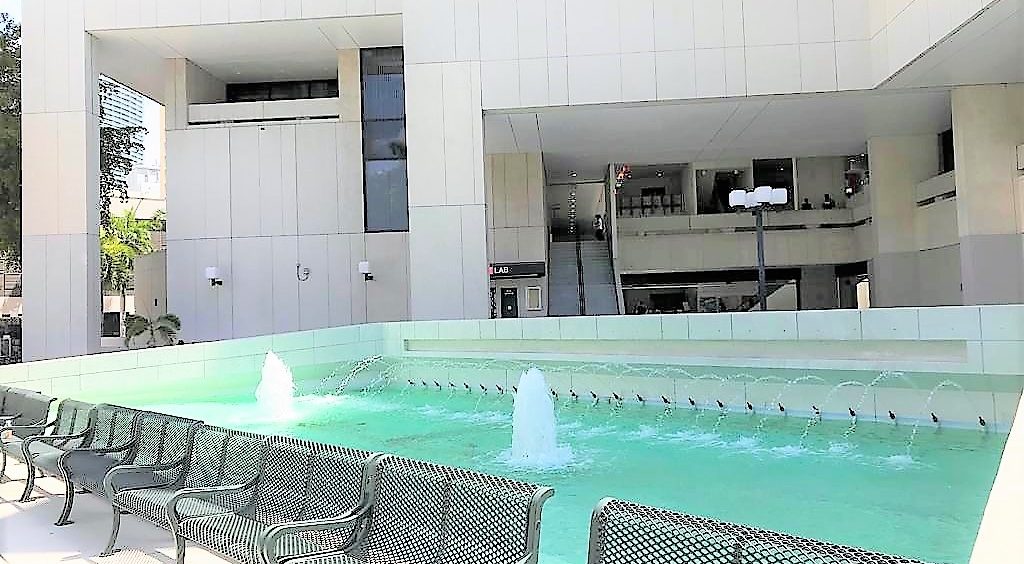 Miami, Nov. 26, 2018 – Miami Dade College (MDC), in collaboration with International Solidarity for Human Rights (ISHR), will commemorate the 70th anniversary of the Universal Declaration of Human Rights with an installation by internationally-renowned artist Carlos Cruz-Diez. The unveiling ceremony will take place at 11:30 a.m., Friday, Dec. 7th, at MDC’s Wolfson Campus.

The art piece, titled “Induction Chromatique,” represents Human Rights Article 27, “Right to Culture” and is being donated to the college by ISHR as part of its Route to Human Rights Project.

The ongoing project, which kicked off in 2010 at MDC’s InterAmerican Campus, places works of art at various MDC campuses (there are currently 6 pieces in place). Each work of art represents a different article of the Universal Declaration of Human Rights. For more information on the Route to Human Rights at MDC, visit http://ishrights.org/route-mdc.

Carlos Cruz-Diez, originally from Caracas, Venezuela, has lived and worked in Paris since 1960. He is a major protagonist in the field of Kinetic and Optical art, a movement that encourages “an awareness of the instability of reality,” as said by art historian Jean Clay. Cruz-Diez’s body of work has established him as one of the key 20th century thinkers in the realm of color. His works are housed in prestigious permanent collections, including the Museum of Modern Art in New York; Tate Modern in London, Musee d’ Art Moderne de la Ville de Paris in Paris, Museum of Fine Arts in Houston and Wallraf-Richartz Museum in Germany. To learn more about the artist, visit http://www.cruz-diez.com.

ISHR is a nonprofit organization stablished in Florida in 2008. It serves students and the community in Florida, and has also established Human Rights programs in Panama, Canada Spain and Andorra. Its mission is to educate, using art, and in a positive way, about the principles embedded in the United Nations Universal Declaration of Human Rights. ISHR is a signatory to the United Nations Global Compact, the largest voluntary corporate citizenship initiative in the world that encourages corporations to implement its ten universal principles, which encourage responsible business practices in the areas of human rights, labor-relations, environment protection and anti-corruption.

WHAT: Unveiling of art Installation by Carlos Cruz-Diez