The Camino de Santiago, cradle of Human Rights in History. 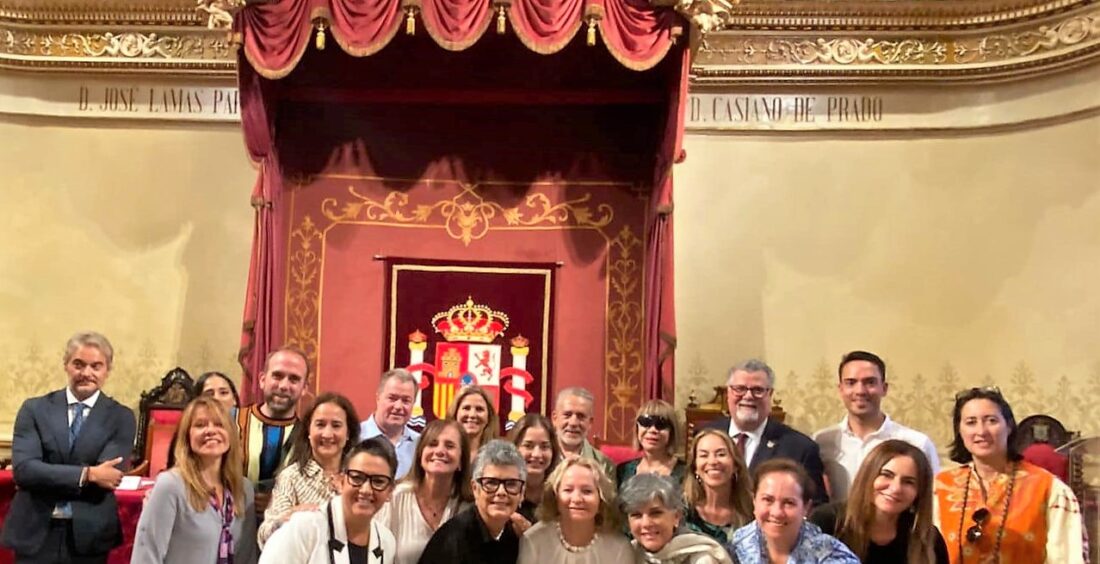 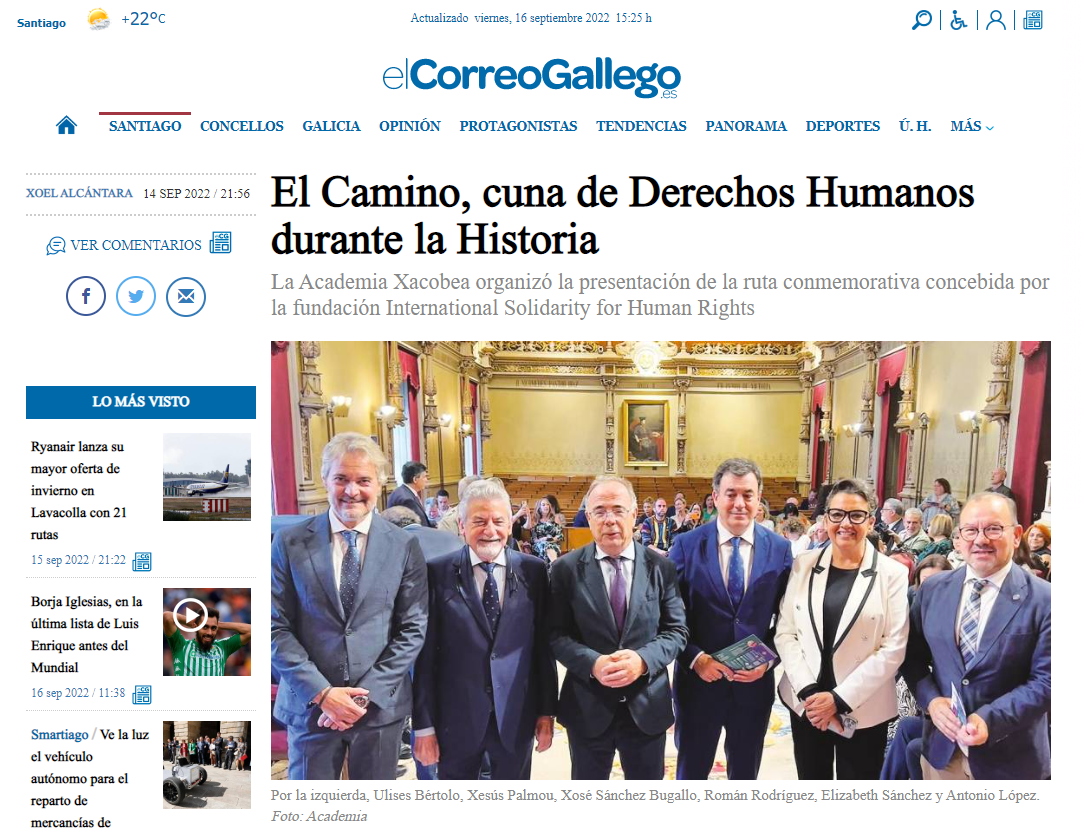 The Camino de Santiago, with its millenary history and its universal scope, was the space chosen by the International Solidarity for Human Rights foundation for its new initiative, designed to vindicate the importance and validity of human rights. Thus, in recent days, those responsible for this institution and a group of pilgrims from different countries have walked the Primitive Way, placing 30 commemorative plaques in the different municipalities that it crosses, as many as there are articles in the Universal Declaration of Human Rights adopted by the UN a few years ago. already almost 75 years.
After having reached their goal in the Obradoiro, yesterday, together with the Xacobea Academy, they held the official launch of this Path of Human Rights. At the event, held in the USC Paraninfo, the Regional Minister of Culture, Education, Professional Training and Universities, Román Rodríguez; the mayor, Xosé Sánchez Bugallo; the rector from Compostela, Antonio López; the president of the Xacobea Academy, Xesús Palmou; the secretary of this entity, Ulises Bértolo, and the president of International Solidarity for Human Rights, Elizabeth Sánchez Vegas.
“The foundation arises from the heart, from the idea of ​​belonging to a Hispanic community, and with the desire to commemorate human rights through the Camino de Santiago,” Sánchez explained before expressing his gratitude and that of the institution that presides over ” so many people and institutions that have devoted themselves to making this project a reality” and point out their intention to work so that this new Human Rights Route becomes an “enjoyable, enriching route, with enough rights for the world to direct its existence for the common good.
For his part, Xesús Palmou congratulated International Solidarity for Human Rights and its president for this innovative initiative “that links Human Rights and the Camino de Santiago” around freedom, equality, dignity, justice and the common good and recalled the crucial role of the pilgrimage in shaping European identity, affirming the president of the Academy that “the respect and dissemination of Human Rights constitutes a necessary assumption to preserve and guarantee coexistence and peace among the peoples of the world in the face of anxiety and power struggles, or purely economic interests”.
Along these lines, the secretary of the Xacobean Academy, Ulises Bértolo, wanted to highlight the importance of the values ​​of the Camino de Santiago and Human Rights in today’s world, marked by post-truth, dependence on technology, consumerism and change in how human interactions occur. “It is because of this uprooting that surrounds us that timeless symbols and references such as Human Rights and the Camino de Santiago are so important that we celebrate today with the inauguration of the route that unites them. In these convulsive times, they represent a horizon in which to recognize ourselves and continue to guide our steps”, said Bértolo.
The Minister of Culture, Román Rodríguez, emphasized the need to continue working in defense of human rights, explaining that their recognition constitutes an “anomaly” from the point of view of the history of humanity, since they only have a few decades of life, and, from a geographical point of view, there are many areas of the world where they are not yet implanted. This was also highlighted by the mayor, Xosé Sánchez Bugallo: “It is a general heritage for 15% of the world’s population, but not for the remaining 85%, and there is still a long way to go.” In this sense, he has pointed out that on the Camino de Santiago there is dialogue and sharing, which makes it a space of democracy and equality. 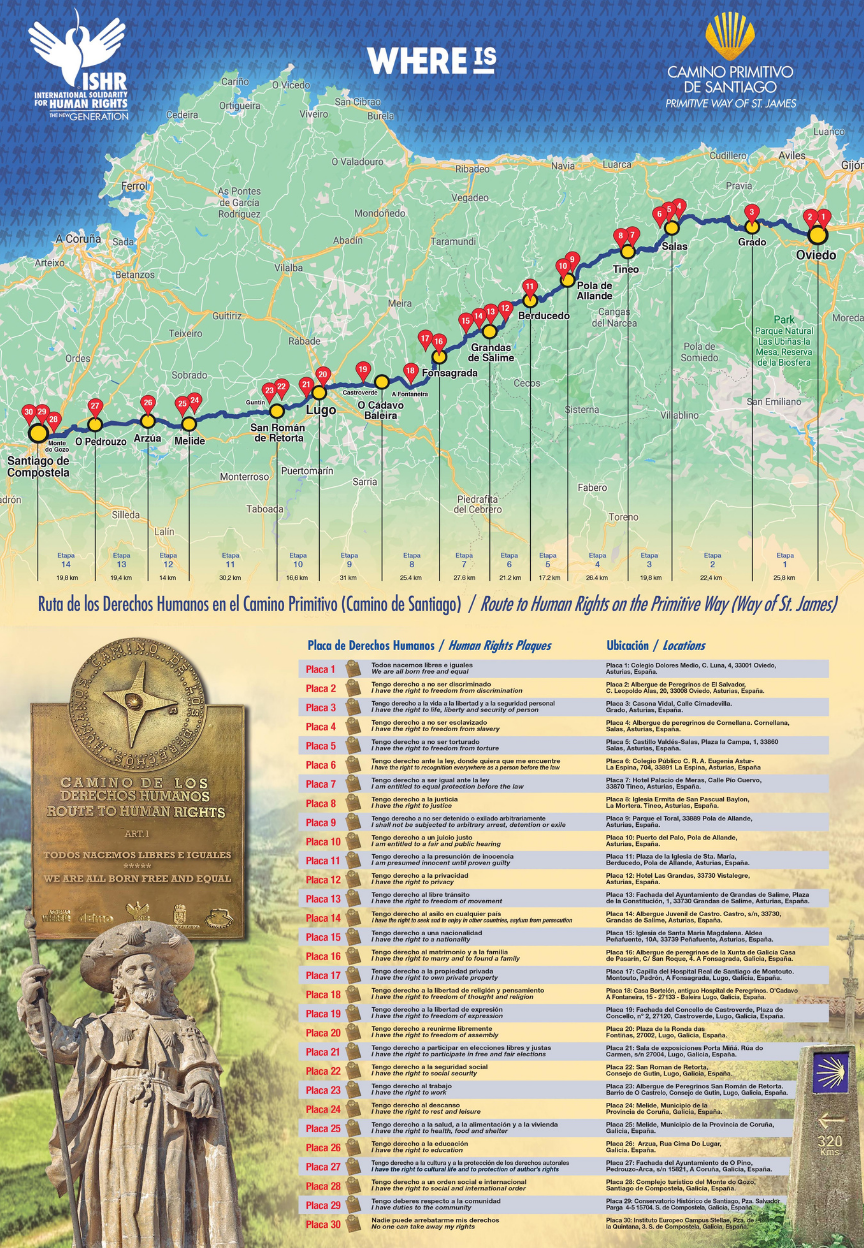